Collecting "moments of discovery" enjoyed by fans, from fun facts to mind-shifting insight, via a social media hub 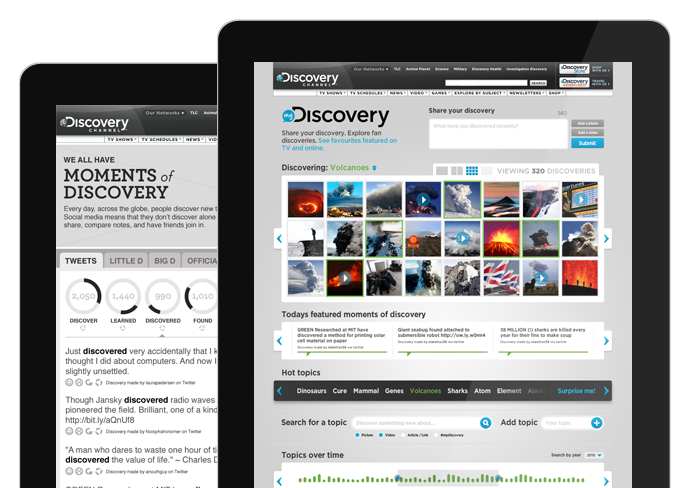 For their 25th anniversary, the Discovery Channel launched a week dedicated to showing their best documentaries on television. Additionally, online, they wanted to cull "moments of discovery" enjoyed by their fans, from fun facts to mind-shifting insight, via a social media hub. Users were encouraged to tweet their 'moments of discovery' and/or share photos and videos, with the results showcased on a dedicated section of their website.

I submitted one idea/wireframe, which was presented to the Discovery Channel among dozens more. My idea was their second favourite, but I was then tasked with designing/evolving the final wireframe solution. But the end design that went online was done by another designer at JESS3, which can be seen at the foot of this page. 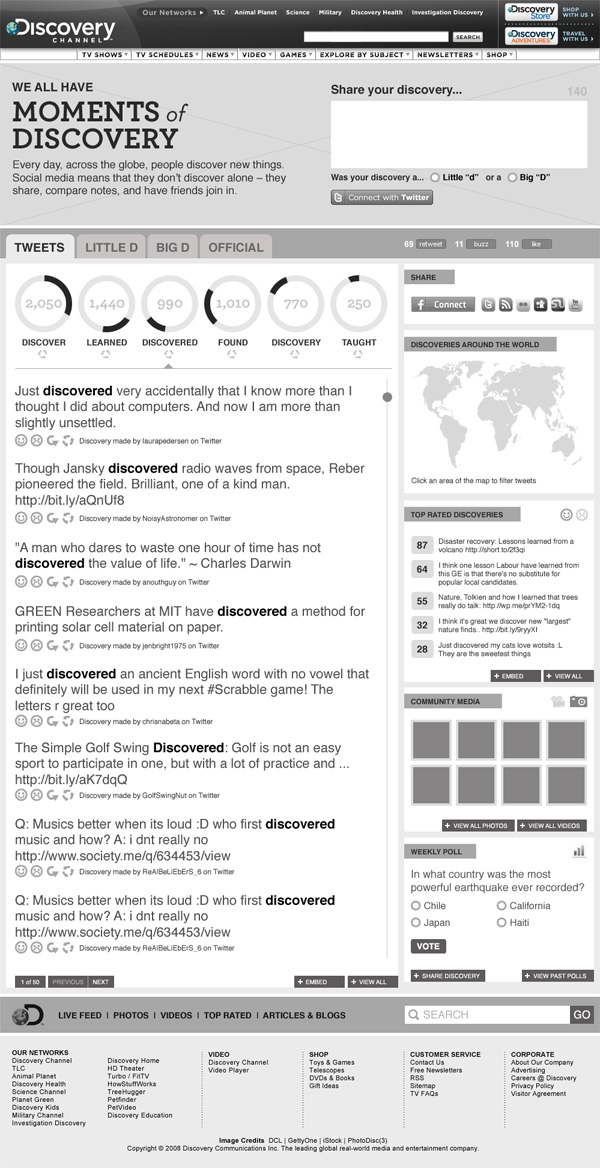 This proposed dashboard features a stream of tweets, popular locations, links to interesting articles, media and a poll.

Much like NASA Buzzroom, the user can tweet directly from the website, tweeting their discovery (hopefully a sensible one related to the Discovery Channel week on TV!). In 140 characters, they are encouraged to share either a "Big D" or a "Little D" (...D for discovery). The tweets collected from this website and tweets spurred on by the television documentaries that week are streamed on the site. These tweets can be filtered by keywords relating to 'discoveries' (e.g. Found, Learned etc...). You can like, dislike, retweet or reply to any of the tweets in the stream. 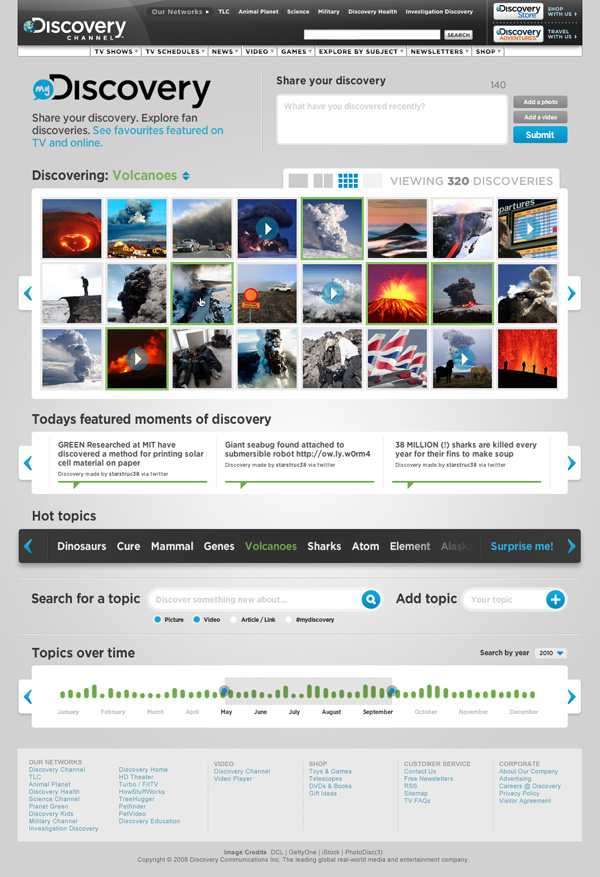 Now incorporating a newly designed identity for "My Discovery". This design gives the user three options to view photos and videos of amazing discoveries, both official curated ones and user submitted. A stream of tweets cycles below that. And below that are various filters to view different discovery topics (e.g. sharks, volcanoes etc...), or search, there is also a timeline to track back over the week's activities. 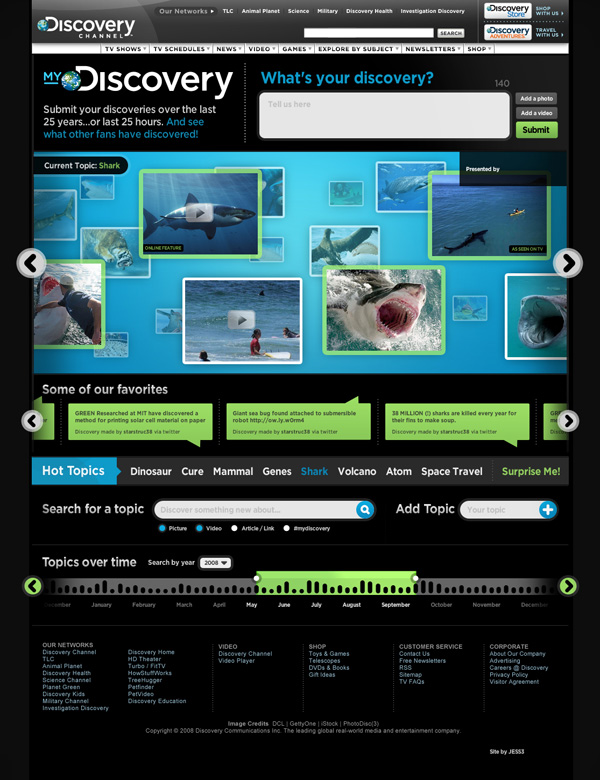 This was the final design, done by another designer at JESS3. An evolution of my earlier design. 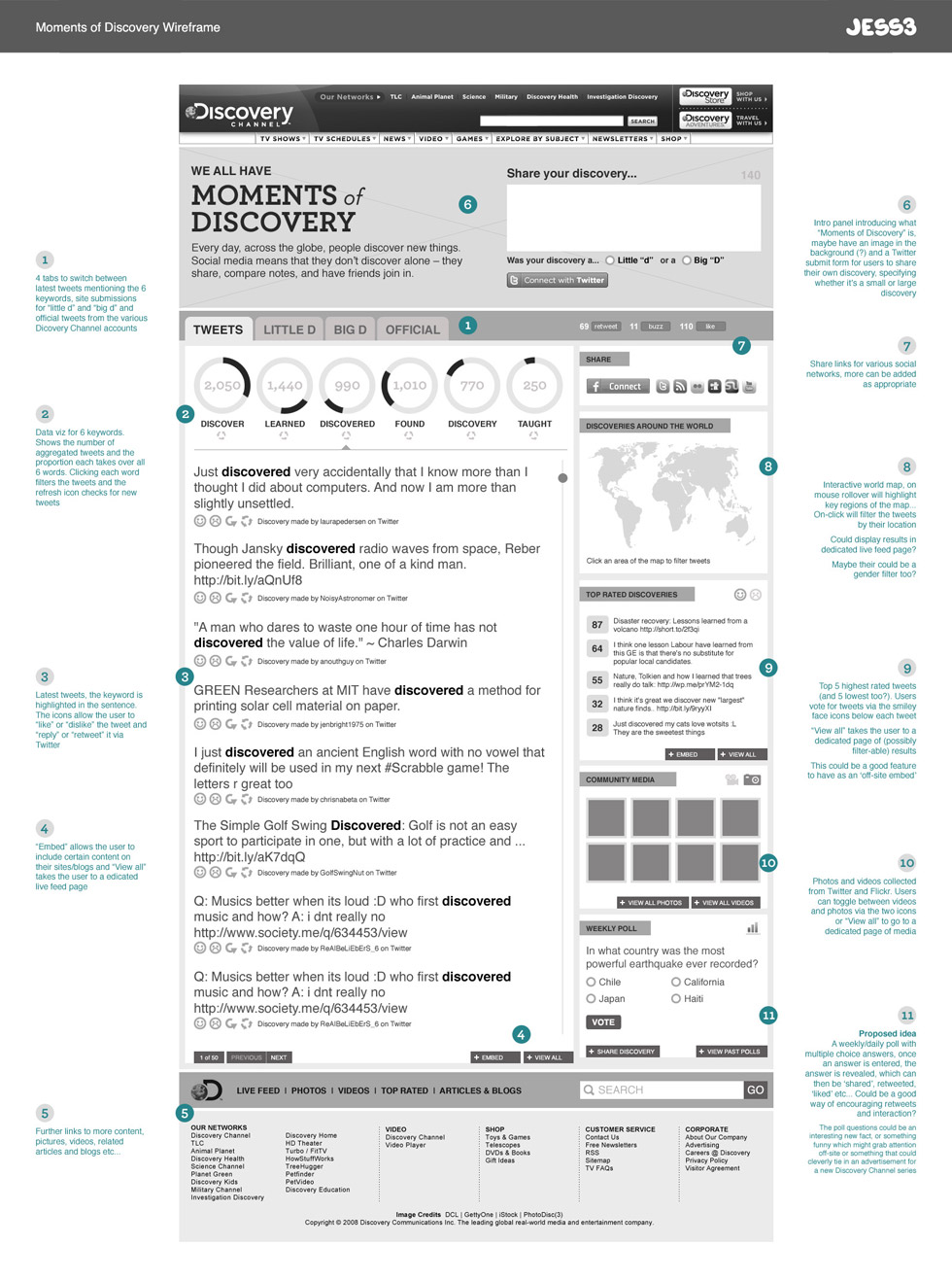