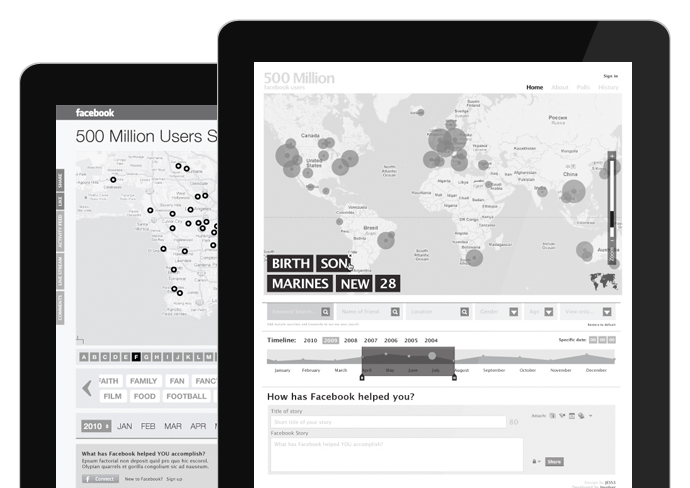 Facebook (FB) launched "Facebook Stories" when the site reached 500 million users in July 2010. Their approach was to be thankful, rather than celebratory. FB wanted us to explore ways in which we could showcase fans' stories, from "happily ever afters" to amazing events from FB's archives, like FB groups bringing communities back together in crisis areas after natural disasters, for example.

Working within a small team of designers at JESS3 we created dozens of concepts and wireframes, initially with the intention of creating a mini-site, but as the project progressed, it became something that would be integrated into the FB site. Shown here are just some of my own concepts, but I worked on several other wireframes in addition to these. 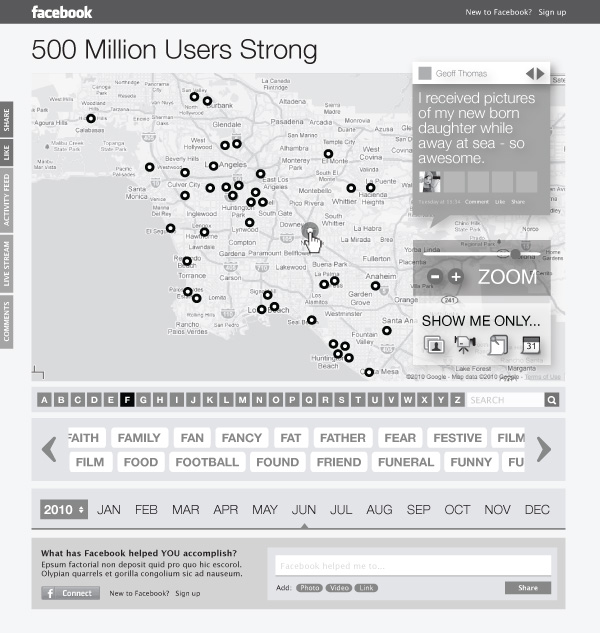 Facebook users can submit their own stories of how Facebook has helped them in some way to the world map, or explore other strories by location, topic or time. 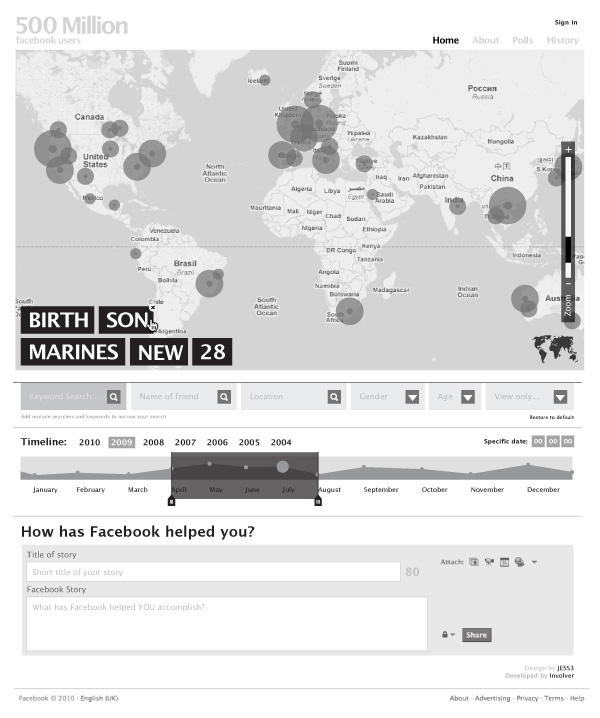 All data can be filtered to find things that interest you. 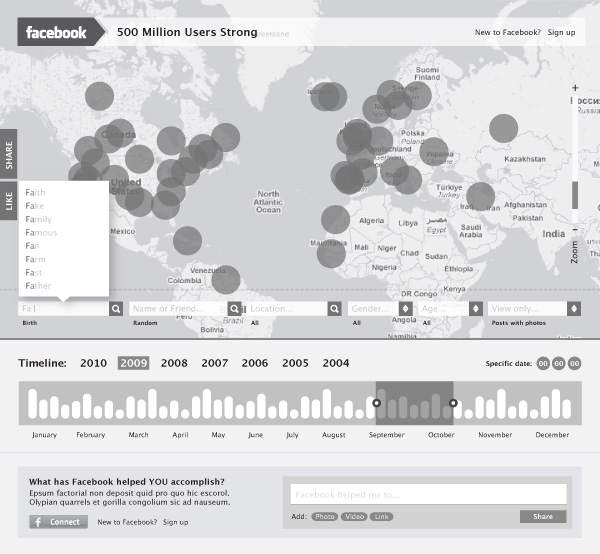 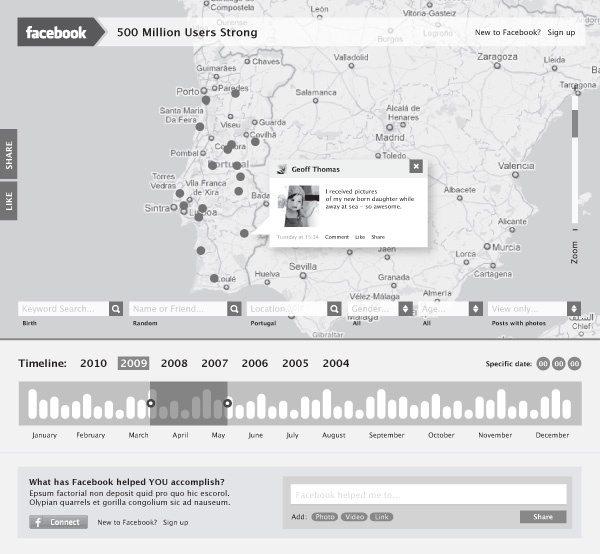 Some stories are short, others are long, including official Facebook curated stories. All stories can be viewed/expanded upon to see more detail, and liked, shared and commented on, the same as you can anything else on Facebook. 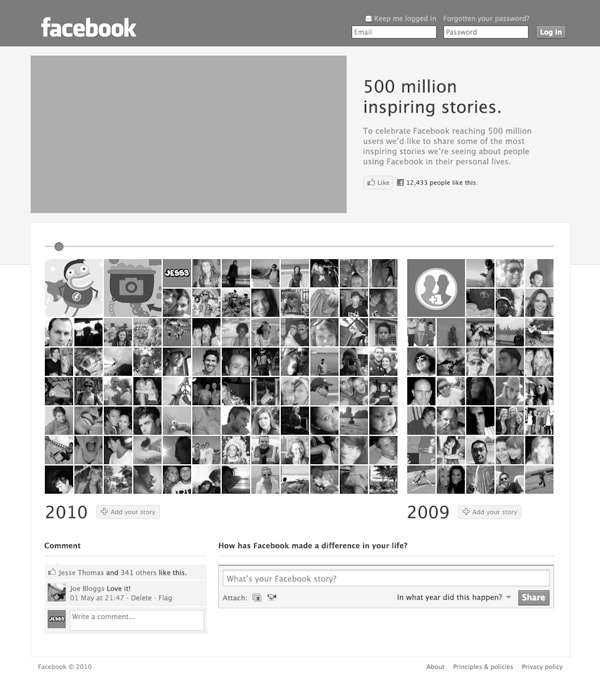 All stories are submitted with an image or video attachment to represent their story. Each story is assigned to a year, the thumbnail of their entry is then sorted by year and the mosaic can be explored, all stories are viewed the same way they are normally on Facebook. The video at top to be produced by Facebook thanking it's users for their contribution over the years, and announcing the 500 million users milestone.