Club of the Waves is a labour of love I founded back in 2006 and recently rebooted in 2017. It's an award-winning, international showcase of artists and photographers whose work focusses on surfing and surf culture. As a founder and curator, I built the world's largest community for surf art. At its peak it received a quarter of a million page views a month and grew a Facebook fan base of 125,000+ people. Professionally, it formed the backbone of my career for a long time. Personally, it’s one of the things I’m most proud of. 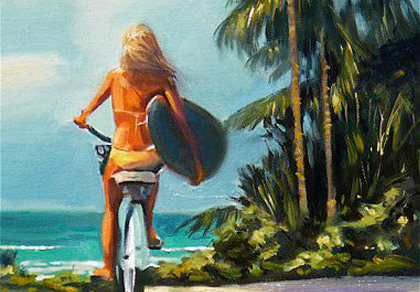 The benefit of personal projects