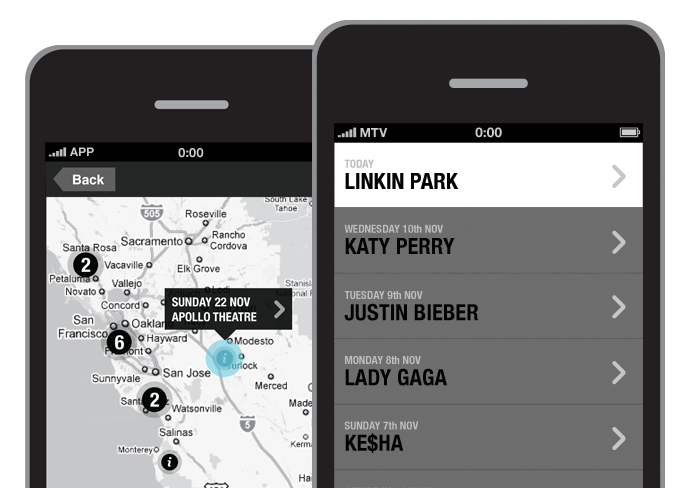 After recently playing a large role in winning a huge pitch for social media work for MTV, the first brief I got through was to come up with several ideas for apps around the themes of "Video of the Day' and more of a game app in: 'Name That Video'. I was also asked to think about a mobile version of their core website.

I had fun playing with ideas surrounding games and ideas for music related apps. I didn't have long, so only a few ideas progressed from sketches to wireframes, but shown here is just some of that work... Two other JESS3 designers worked on ideas also, some of these progressed to the GUI stage. You can see those here, here and here. 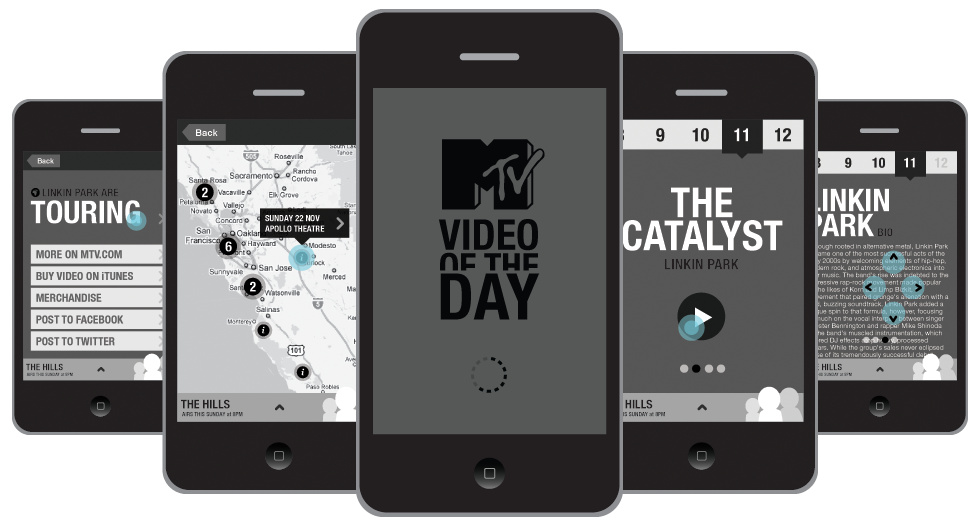 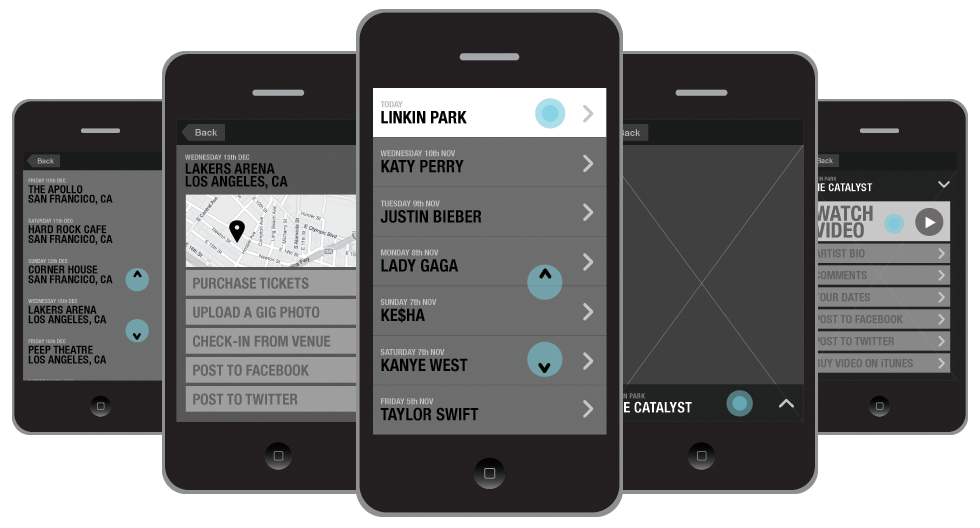 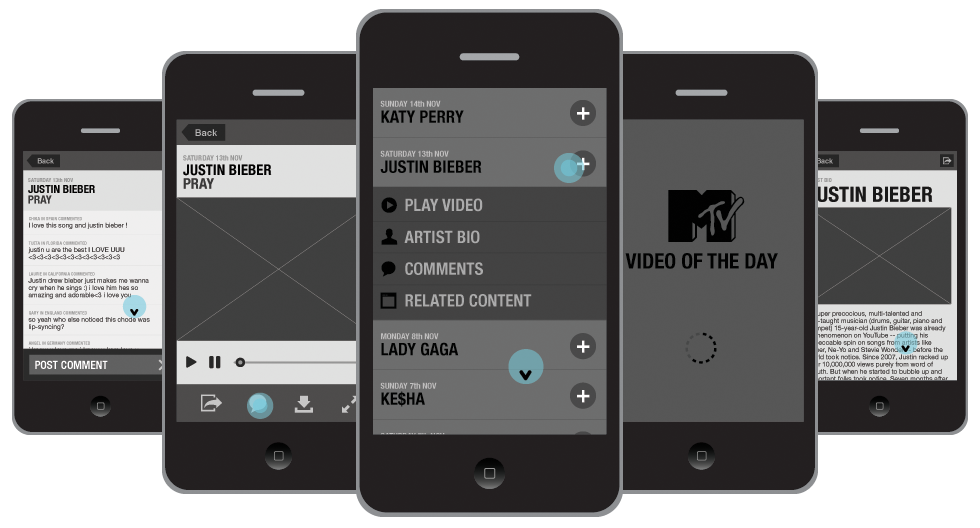 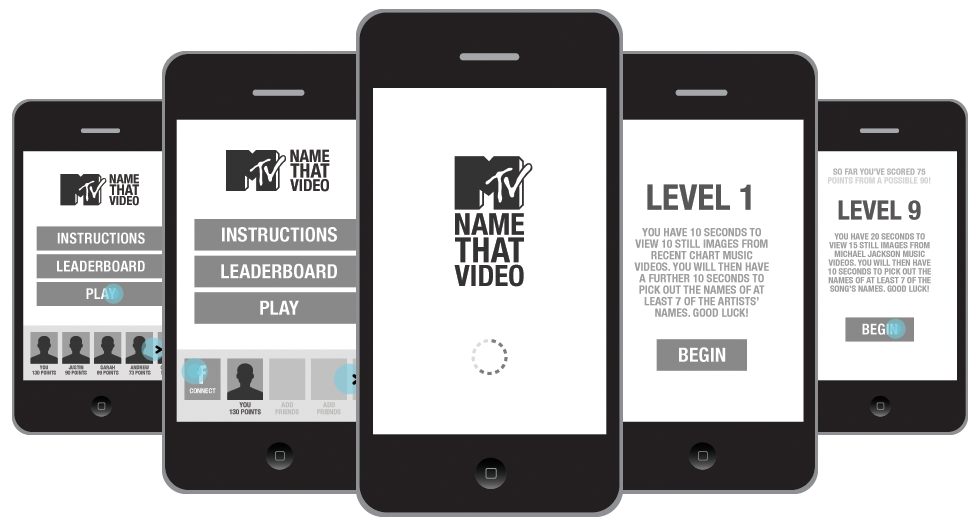 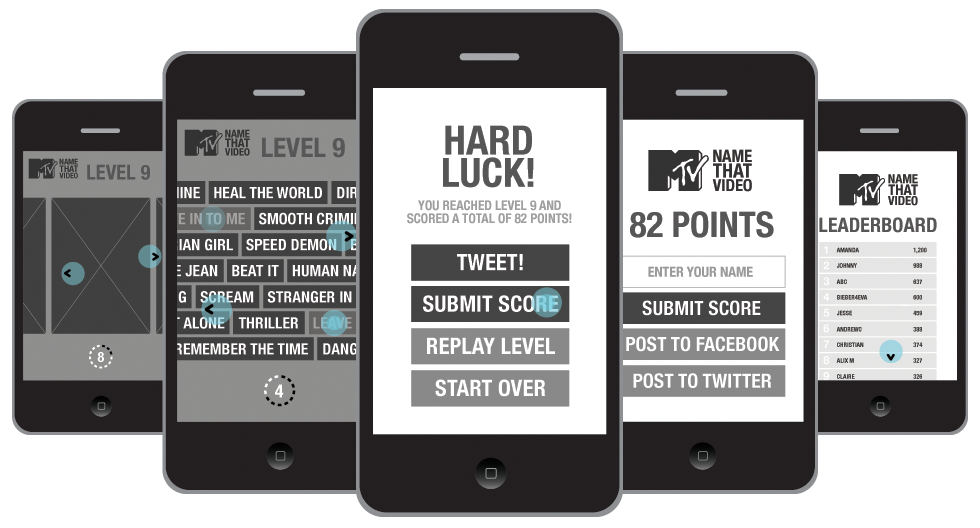 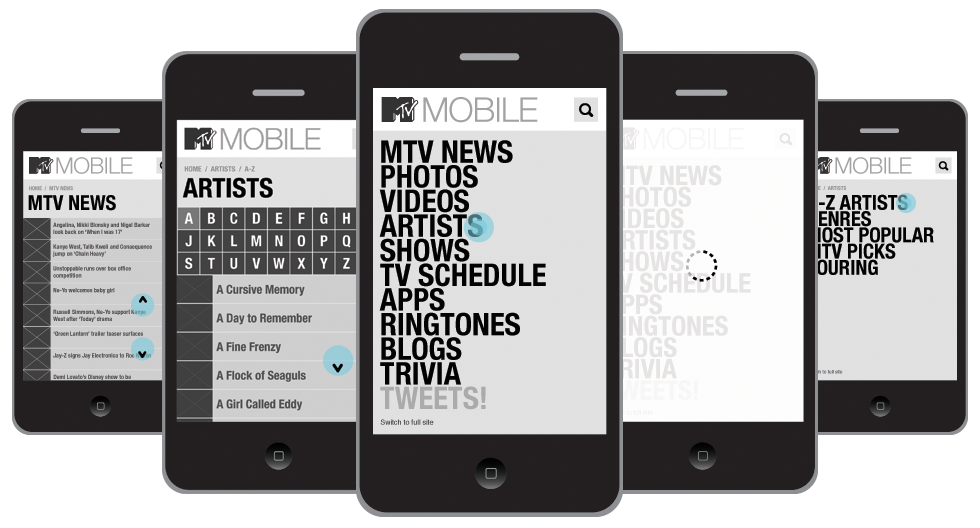