Shockingly, some of the UK’s best beaches can be polluted by raw sewage up to 60 times during the summer. This pollution could make you very sick and harms the marine environment. In March 2016, the government ran a consultation on the regulation allowing water companies to discharge sewage pollution into our seas. The consultation is open for 6 weeks. During this period SAS (the client) are calling for 10,000 surfers, water users, boarders, swimmers and all beach lovers to join them in calling on the government for sewage free seas!

This is an environmental campaign run by UK charity, Surfers Against Sewage. They wanted a simple responsive campaign website that raised awareness of the problem of sewage being pumped into our seas (near where you swim and surf!) and gather petition 'signatures' via a simple form. In April 2016, they delivered all the support from the campaign directly to the Environment Minister, calling for an end to sewage pollution at our beaches. 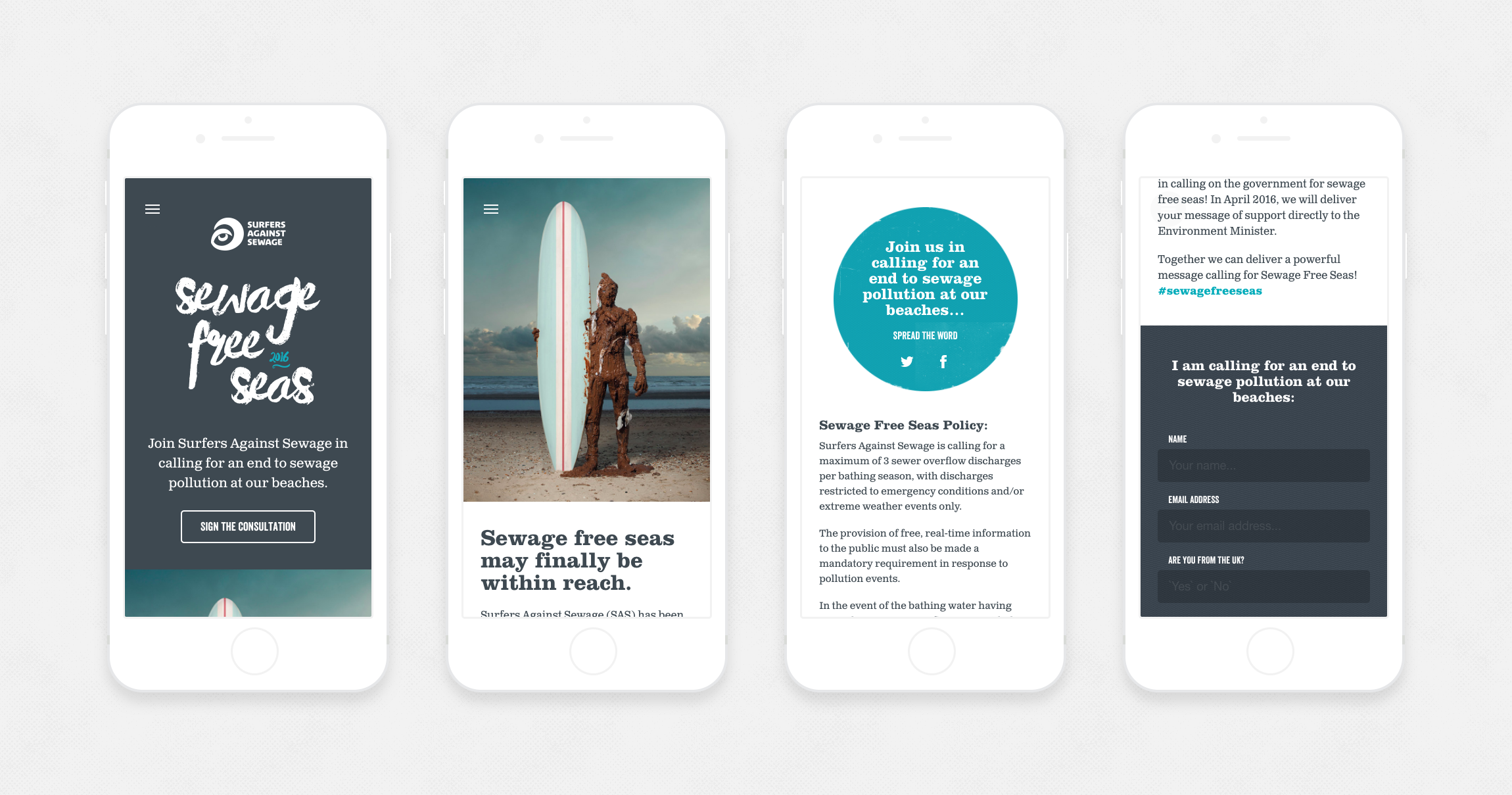 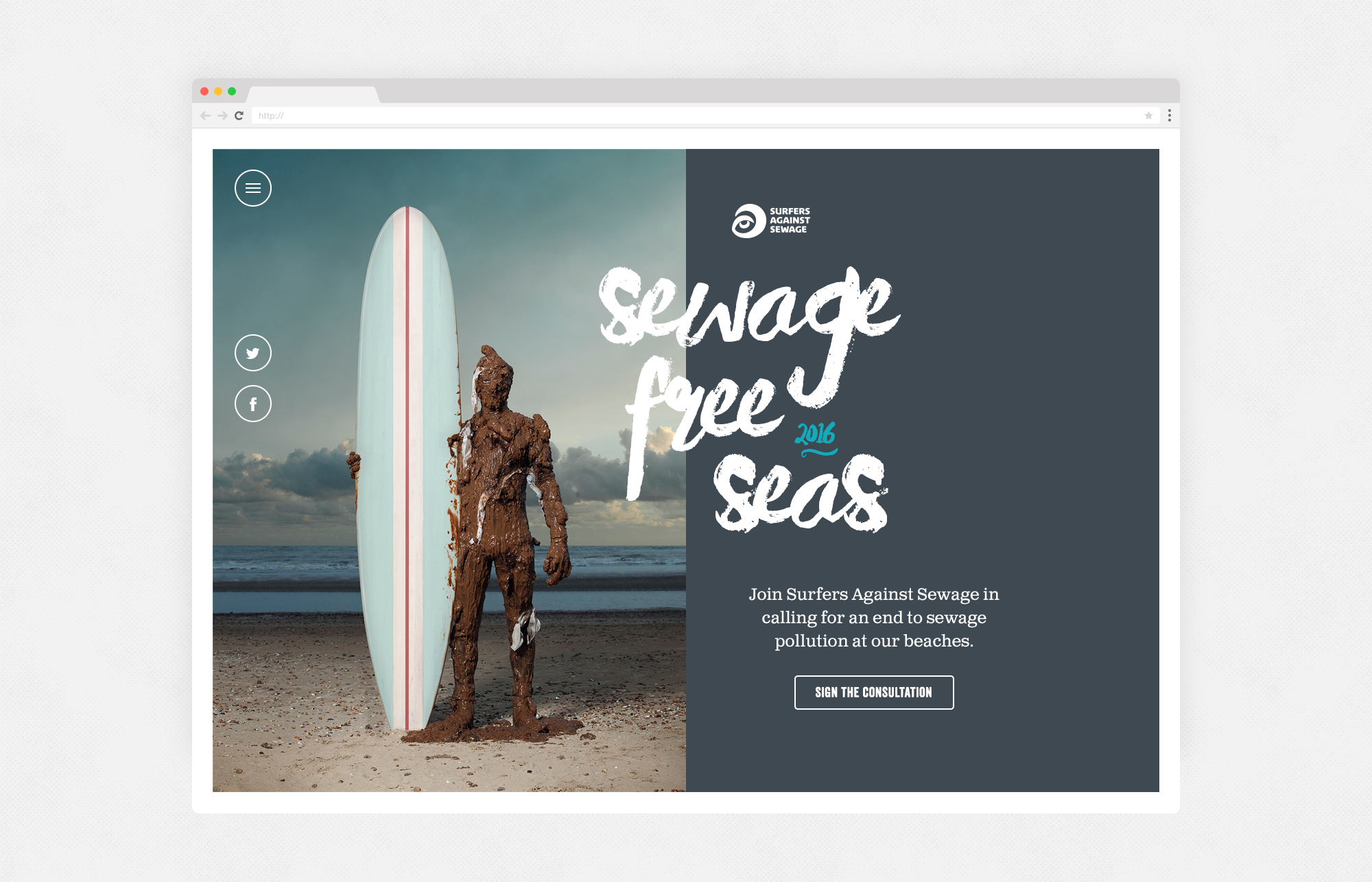 The only asset I had from the client was the 'shit surfer' image, created by M&C Saatchi. A difficult image to work with given that its portrait, not landscape. So I went with the 50/50 split, introducing colours to compliment the image, and a grungey font to match the (frankly) messiness of the subject matter.

The text and headline content I kept as short and to the point as I could, getting the user to the petition form as quickly as possible, while still letting them digest the campaign message.

Besides the main campaign message and petition (home) page and the thank you page, there were only two other pages to the website. The first, shown here, was to explain what a combined sewage overflow actually is. It's not obvious, and very few people actually know the alarming truth about CSOs. I tried to visually break up the information to make it more compelling than a simple block of text.

Real accounts of people affected by sewage polluted waters validate the campaign message. This page simply offers some brief accounts from real water users about how they got sick from swimming or surfing in polluted waters at their local beach. 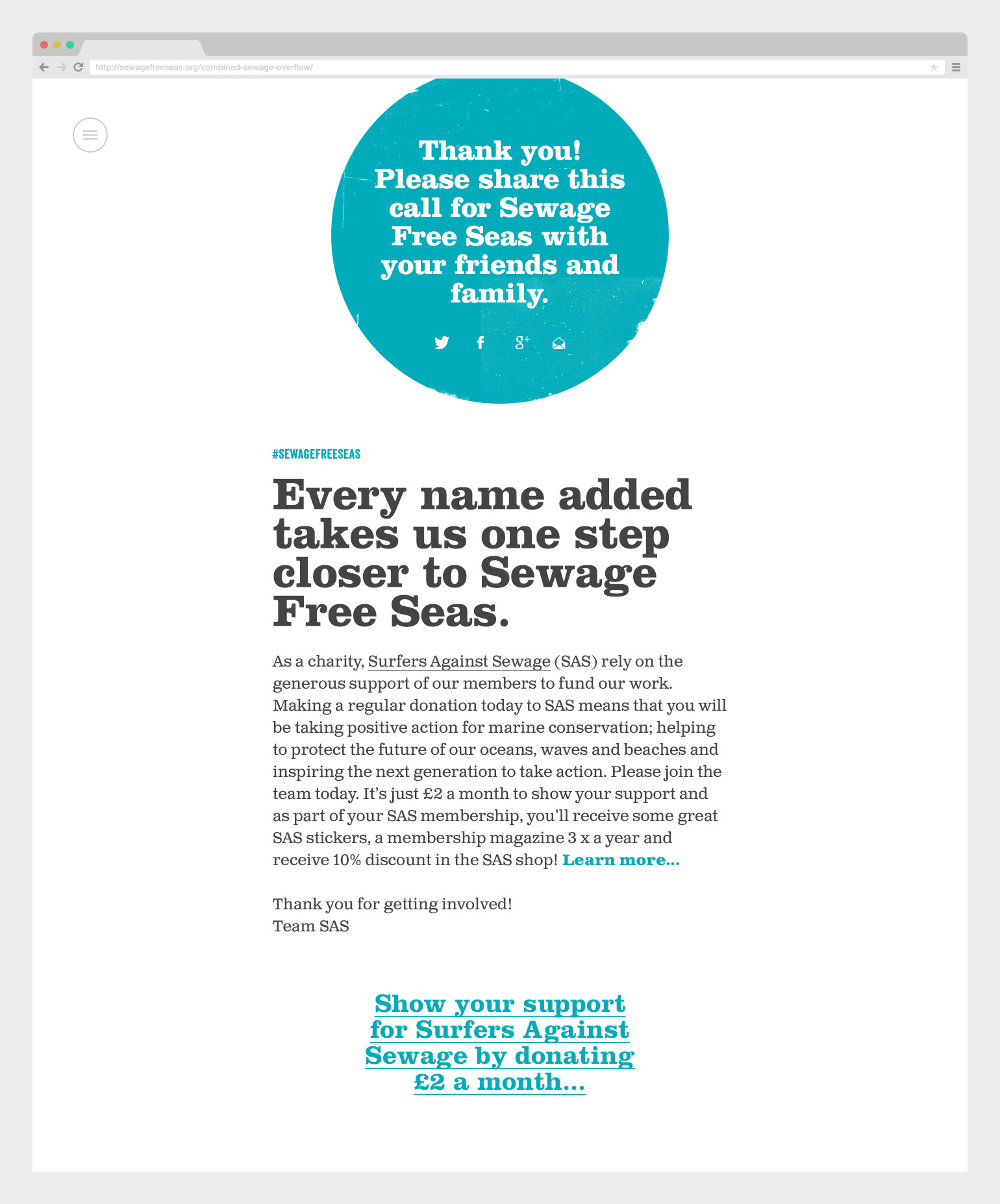 You reach this page post completing the petition form. This page simply thanks you, and encourages you to share the campaign and recruit friends and family to sign it too. 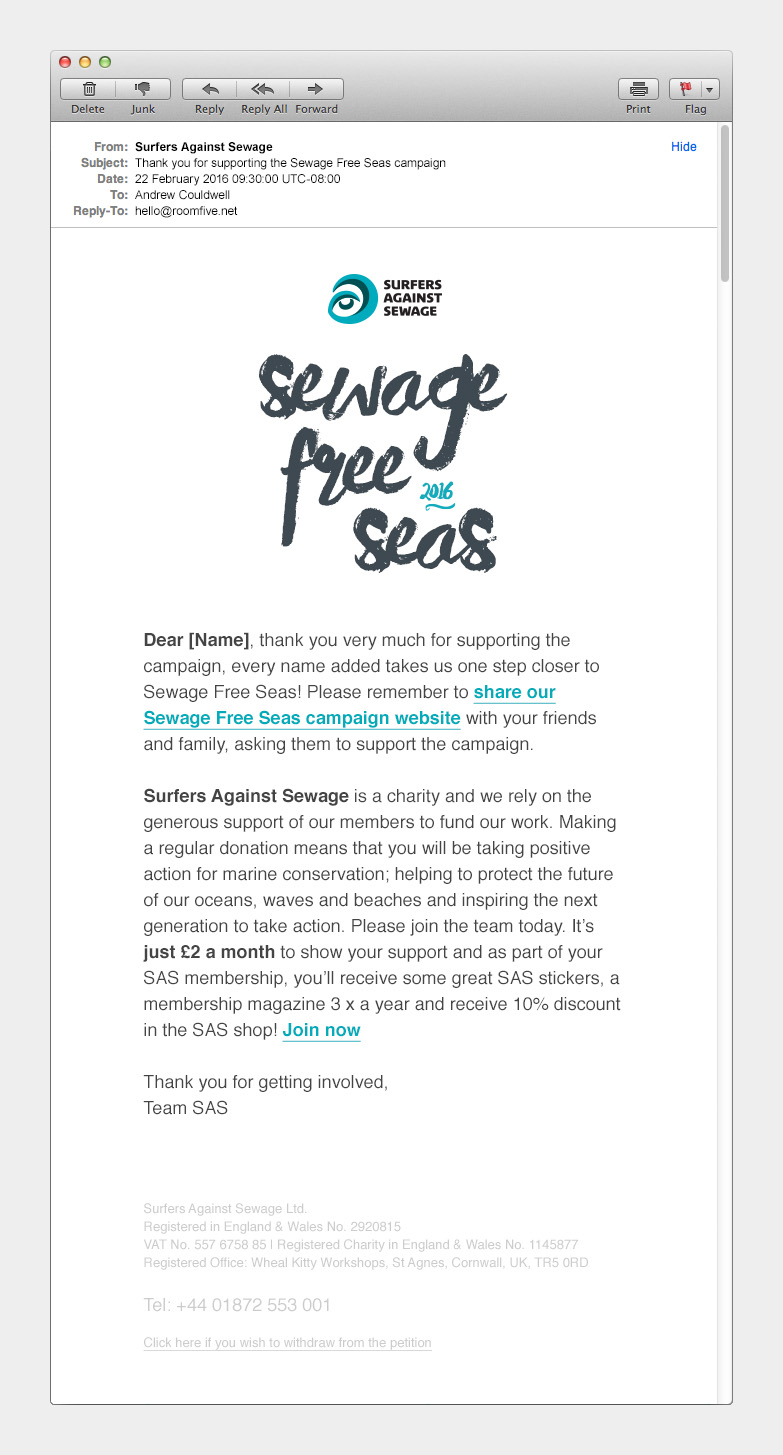 Simple HTML email automatically sent to the supporter after signing the petition, further reinforcing the campaign message, and reminder to share your support.